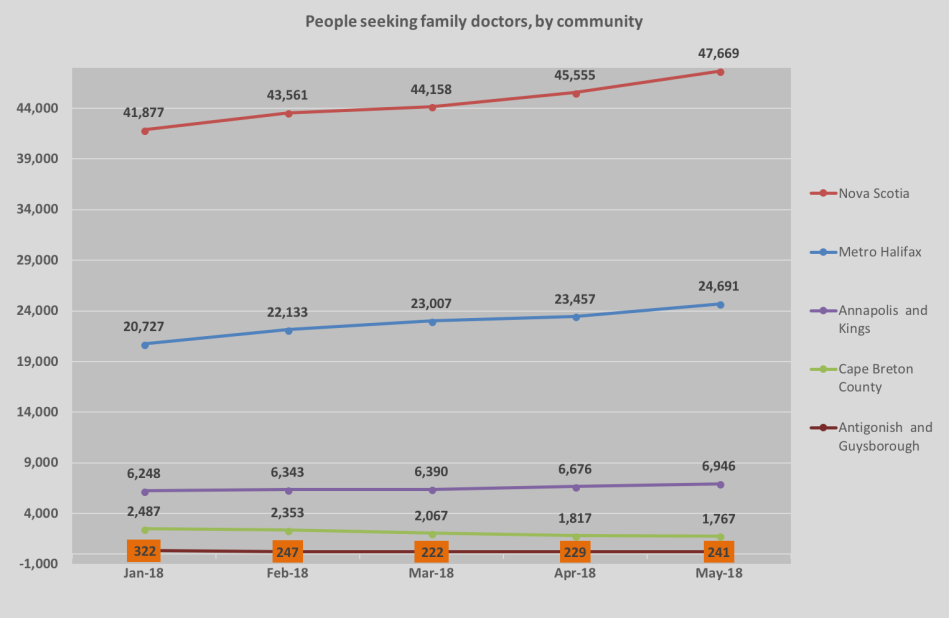 The May 1 report on Nova Scotians who can’t find family doctors (Need a Family Practice Registry Monthly Report – May 2018) is pretty routine. The total for the province is up a couple of thousand or so and Metro Halifax is up about 1,200. These are raw numbers and, as always, Halifax has the worst problem.

Annapolis and Kings counties continue their slow increase in doctor-less citizens but, as you can see below, have by far the greatest percentage of residents in this situation.

Antigonish and Guysborough continue to be in the best shape and Cape Breton County’s situation is actually improving, a fact that some of Turpin Labs associates adamantly refuse to believe.

It doesn’t matter. We’ve gone in a blink of the eye from assuming everyone who wanted a doctor would have one, to a day when a one per cent shortage (see below) looks good. 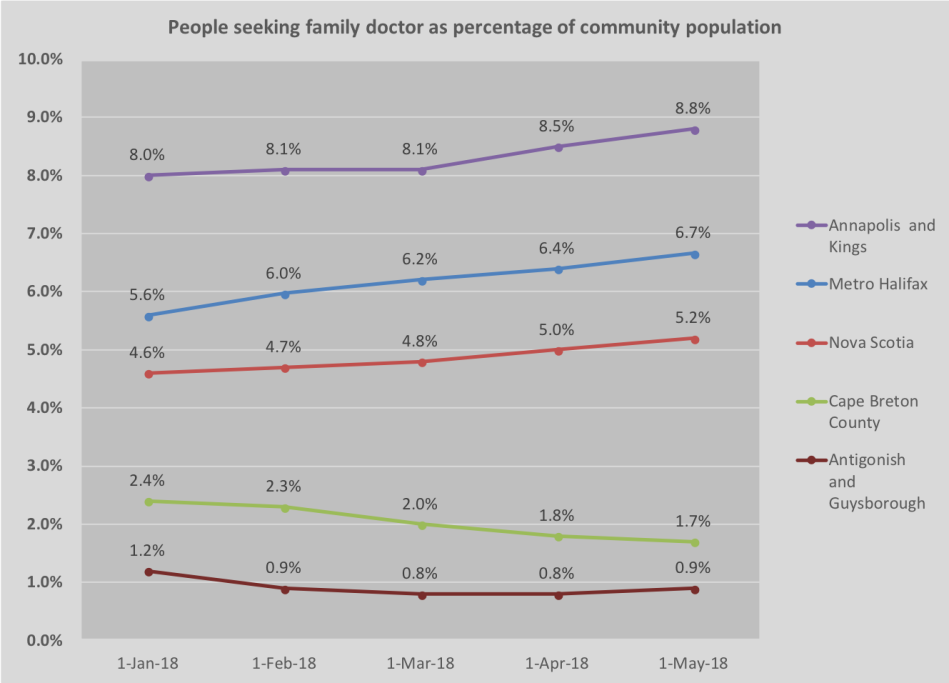 Viewing the stats as a percent of community population going without doctors offers a different picture. Things have become dramatically worse in the counties of Annapolis and Kings since March 1. Halifax and the province as a whole show a similar trend.

Antigonish and Guysborough are holding steady and, as noted, Cape Breton County is improving.

No doubt there are many reasons for the problem, but one of them has to be that Nova Scotia is the lowest-paying province in Canada for family doctors.

This includes the recent increase announced by the premier and comes before expenses, which are considerable. Really, if you were carrying hundreds of thousands in debt by the time you’re allowed to practice, would you set up your life’s work in Canada’s worst-paying jurisdiction? 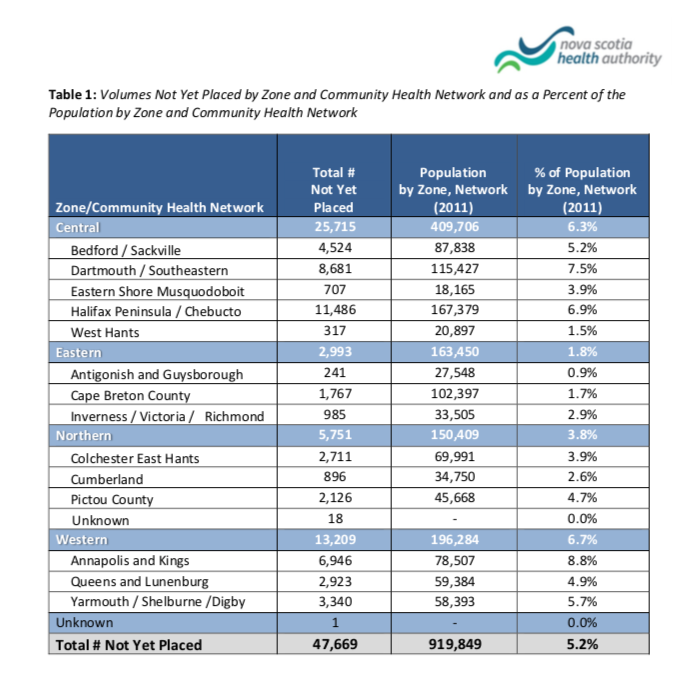 Halifax too haughty?Boroughs without doctors #1

3 comments on “Boroughs without doctors: trends”